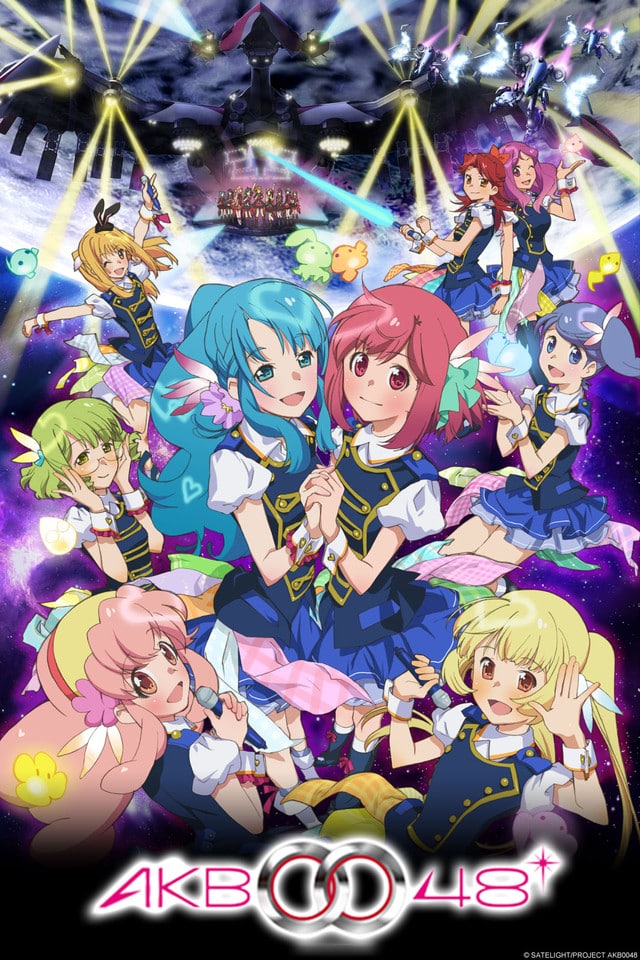 The year is 0048, and in the wake of the great wars, all forms of entertainment have been banned by the dystopian and iron-gloved rule of the anti-music DES. To combat this threat to intergalactic harmony, a group of bold young women have resurrected the legendary J-Pop band AKB48 and formed an all new Band of Sisters – AKB0048!

But these rocking rebels aren’t simply singers! Trained in combat as well as choreography, these striking strike team members are equally at home in concert halls and in the trenches. Under the leadership of the mysterious Sensei Sensei, they’re ready to lay down their lives in order to make the universe a safe place for getting your groove on! And as a fresh new team of singer-soldiers join the cause and enter basic training, the batons and battle gear are about to be passed to a new generation of daring divas!

Get ready to polish your dancing boots and dive into danger with the latest hard hitting hits as the new recruits take the staging ground and the veterans provide the musical soundtrack to their own action epic in AKB0048!