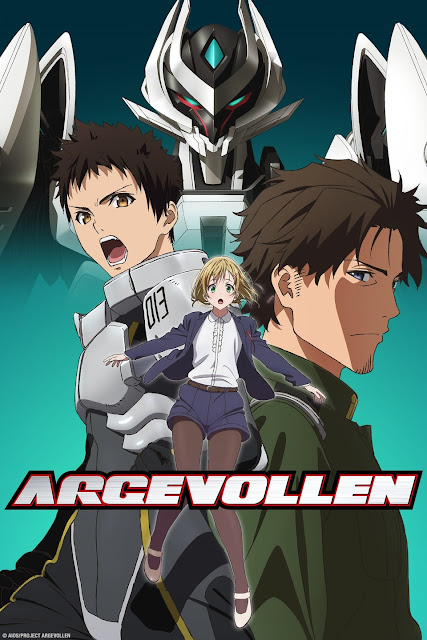 Tokimune Susumu has every reason to distrust the military and question orders. His sister has already died in the service of the Arandas military, and his secret reason for enlisting is to ferret out the truth behind her mysterious death. So, when a civilian convoy is in jeopardy and his own battle mech is destroyed, Susumu’s all too ready to break ranks and jump into the cockpit of the experimental Argevollen. What he isn’t expecting, however, is that activating the Argevollen conforms it to his mind alone. Now he’s on the frontline of the ongoing meat-grinder that the war between Arandas and Ingelmia has become, and his only certain ally is an attractive civilian contractor whose reasons for being in the war are as convoluted as his own.