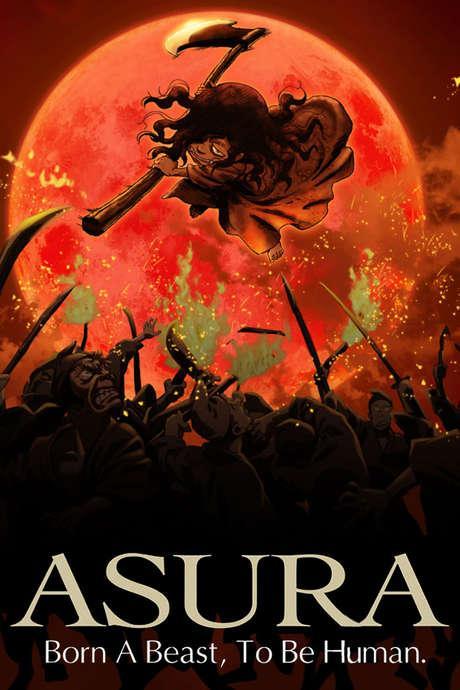 In 15th century Kyoto, at the foot of a wrecked shrine, a beast is born in fire and destruction. Plunged into an age of war, chaos and starvation, and taught to eat human flesh to survive by the madwoman who gave birth to him, he is a bestial cannibal child, called Asura, for the warlike Buddhist spirit, or anti-god.

Orphaned as an infant after his mother tries to eat him alive, Asura grows to become a pint-sized murder machine, killing and eating everything in his path, until he meets a beautiful village girl, Wakasa. Wakasa nurses him back to health, teaches him to speak, and works to turn him away from the path of barbarism. But times are hard, and as disease and starvation bear down on Wakasa’s village, Asura reverts to his animalistic mindset. But he can’t help remembering the words of the Buddhist monk who tamed him once before, and the sacred, purifying sutra chant he was once taught.