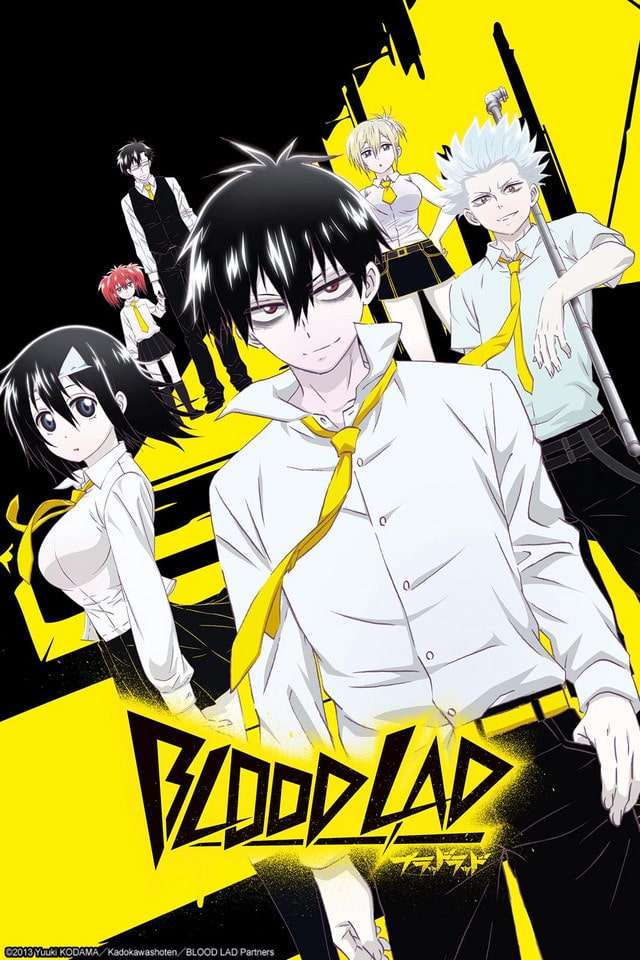 Staz Charlie Blood is a powerful vampire who rules the Eastern district of Demon World. According to rumors, he is a bloodthirsty and merciless monster, but in reality, Staz is just an otaku obsessed with Japanese culture and completely uninterested in human blood. Leaving the management of his territory to his underlings, Staz spends his days lazing around, indulging in anime, manga, and games.

When Fuyumi Yanagi, a Japanese girl, accidentally wanders through a portal leading into the demon world, Staz is overjoyed. But just as he is starting to feel an unusual attraction to her, his territory is attacked, resulting in Fuyumi’s untimely death. She turns into a wandering ghost and the crestfallen Staz vows to resurrect her as this would mean being able to travel to the human world, something he has always dreamed of.

Blood Lad follows Staz and Fuyumi, soon joined by the spatial magician Bell and the half-werewolf Wolf, as they travel to find a magic that can bring humans back to life.