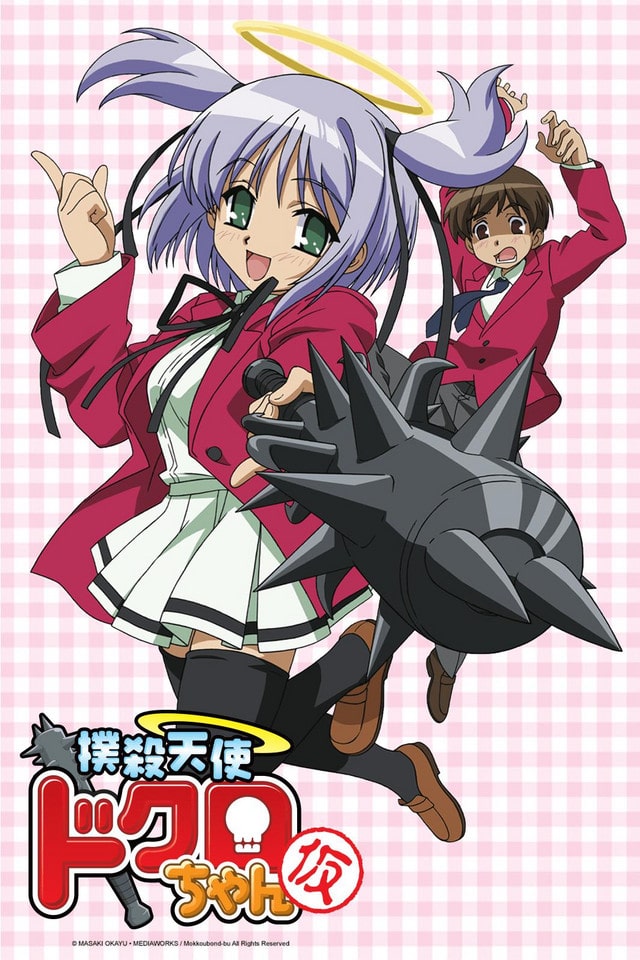 Sakura Kusakabe, a mere junior high student, has committed a horrible crime. Or, rather, he will commit a crime—20 years into the future. The crime in question? He will prevent all women from developing past the age of 12, with immortality as an unintended side effect. As a result, the angel Dokuro Mitsukai is sent from the future as an assassin, armed with with a magical spiked bat named Excalibolg. However, rather than kill him, Dokuro wants to take a different approach. She resolves to be a constant nuisance to Sakura, in an attempt to prevent him from focusing on anything long enough to create his criminal technology.

With Dokuro going against orders, the angel Sabato is sent out to complete Dokuro’s mission. Between the impulsive Dokuro—who often murders Sakura with her bat before reviving him with the magic words “Pipiru piru piru pipiru pi”—and the electric baton-wielding Sabato, Sakura’s life will never be peaceful again.