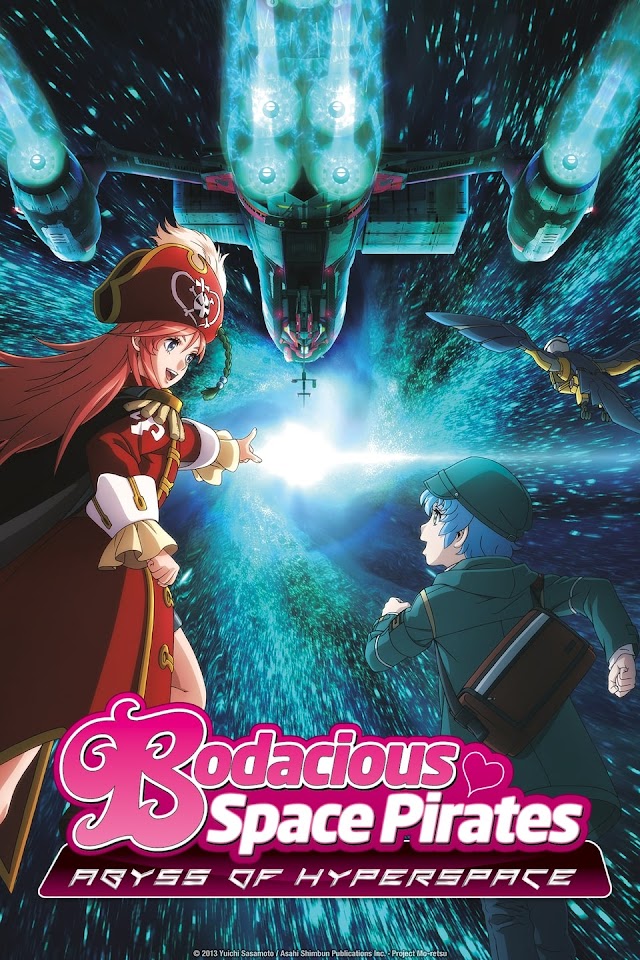 It’s not easy being the captain of a space pirate ship. Especially when you’re still in high school and aren’t allowed to do normal pirate-stuff like rob and plunder. However, despite those restrictions, Marika Katou has proven herself worthy of commanding the Bentenmaru. And if staging performances such as pretending to board and pillage space cruise ships doesn’t pay as well as actually stealing stuff… well, at least no one gets hurt, right? But things take a sinister turn when Marika and her crew are hired to raid the luxury liner Begin The Beguine. Because one of the passengers has a hidden secret and agenda of his own. And it begins with being kidnapped! Suddenly the Bentenmaru and their new “hostage” are being pursued by other warships and the race is on for what could be the biggest prize of all!