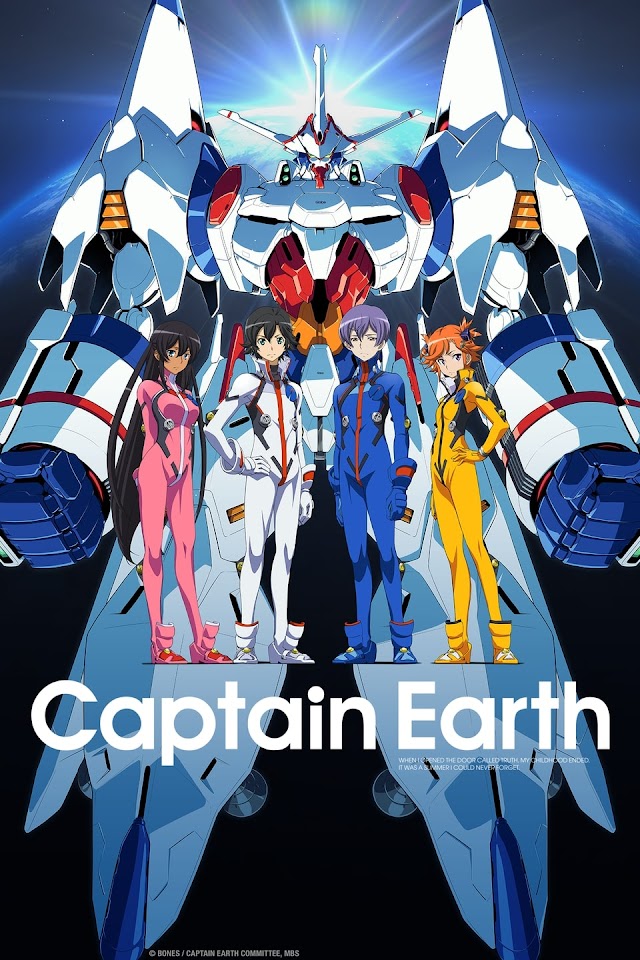 When Daichi Manatsu sees a mysterious rainbow appearing near the Tanegashima Space Center, he immediately recognizes it as being similar to an apparition that formed when his father was killed in a mysterious accident years earlier. Traveling to Tanegashima, Daichi quickly finds himself involved with the machinations of Globe, a secret agency created to defend mankind from extraterrestrial forces. And while it might seem like a big job for a mere teenager, it turns out that the skills Daichi has honed on video games, combined with a special weapon called the Livlaster, make Daichi ideally suited for operating the Earth Engine Impacter, a giant robot that may be Mankind’s best hope against aliens whose goal is to completely drain our world’s lifeforce energy. Fortunately, Daichi won’t be on his own, as he’s quickly joined by a group of equally dedicated young people who all have their own skills and abilities to contribute to the battle.