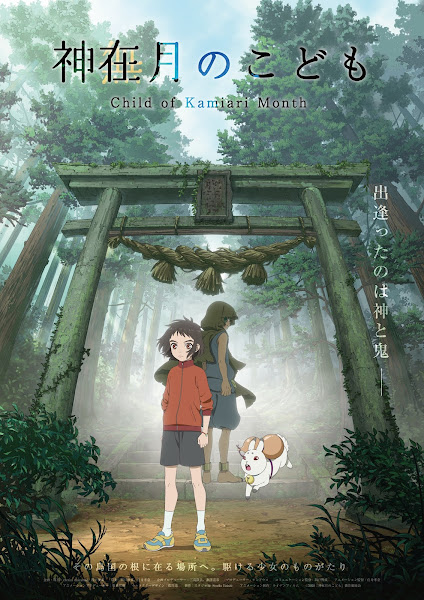 Sixth-grade student Kanna Hayama’s love of running becomes a source of grief when she loses her mother Yayoi, whom she shared this passion with. However, her disposition changes after she accidentally discovers an astonishing truth about Yayoi.

One day, Kanna unexpectedly encounters a divine messenger in the form of her favorite rabbit Shiro and a demon boy named Yasha. They reveal to the girl that her mother was an “Idaten”—a descendant of the gods endowed with incredible speed and entrusted to bring offerings from all over Japan to the annual Kamiari Festival in Izumo. As Yayoi’s daughter and the new possessor of the Idaten amulet, Kanna is expected to take over this responsibility; otherwise, there will be dire consequences for the country’s fate in the year to come.

Enticed by the prospect of seeing her mother once more at the deities’ event, Kanna accepts the challenge and enlists Shiro and Yasha to help her on her quest. Unbeknownst to her, there is more than meets the eye to this marathon-like journey that will test not only her physical condition but also her heart’s resolve.