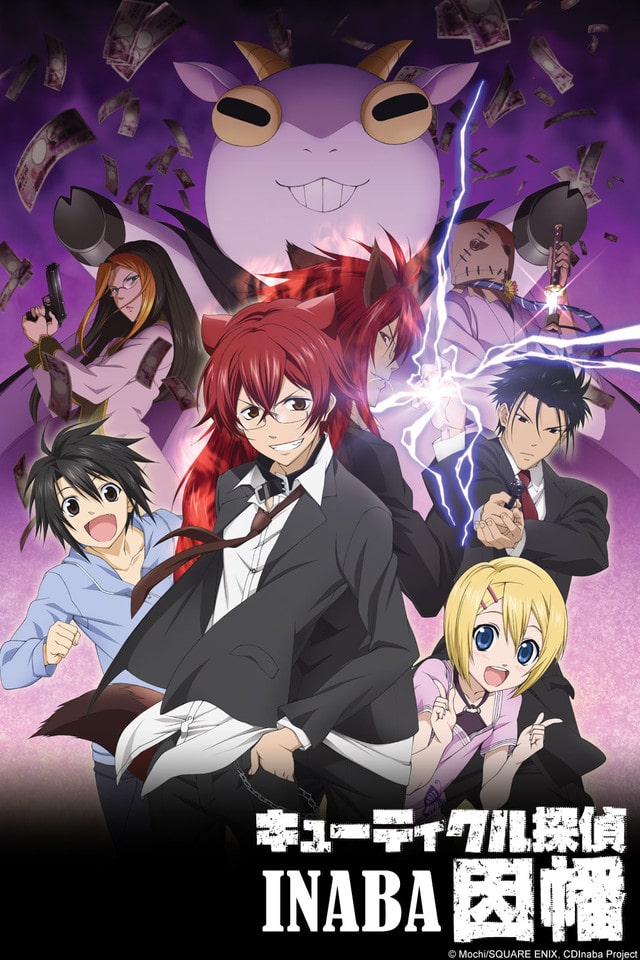 In a world where half-human, half-animal chimeras live and work alongside normal people, there are sure to be a few bad apples in the bunch. Unfortunately, criminals that are only half-human means there are often non-human clues that leave the police stumped. That’s where lone wolf detective Hiroshi Inaba comes in. He’s literally part wolf and has the amazing ability to extract critical information just by examining or tasting a sample of someone’s hair! Of course, that ability has also resulted in Inaba having a little bit of a hair fetish, but that doesn’t seem to be a problem for his two assistants. Well, at least the cross-dressing one isn’t complaining much. And it’s nothing compared to the strange tastes of Inaba’s nemesis, the omnivorous, half-goat crime boss Don Valentino, who has an appetite for green legal tender instead of tender young greens! Inaba’s sworn to cut Valentino out of the criminal flock before the Don can wolf down more ill-gotten dough, but he’s going to have to chew his way through a lot of evidence to get his goat. Can sheer dogged detective work put the baaaaad guys behind bars? Find out in CUTICLE DETECTIVE INABA!