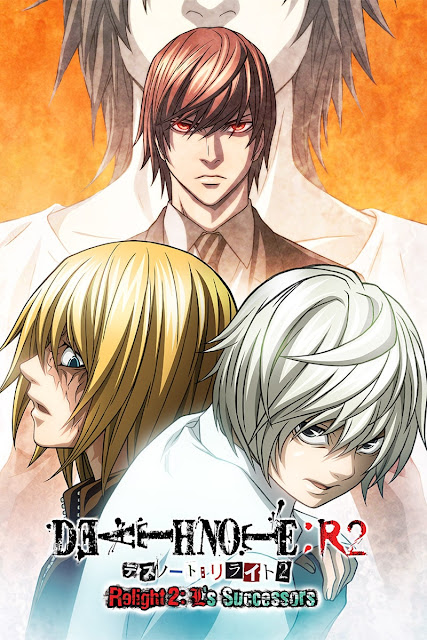 Light and L have battled to the bitter end over the Death Note – but what does the story look like from Ryuk’s point of view? Go back to where it all began and watch the epic battle from a new perspective – through the eyes of the one who started it all!

Four years have passed since Light claimed his victory at L’s grave. Light has joined the National Police Agency and taken on the identity of the “new L.” Kira’s judgments of the citizens of the world have intensified, and many nations have come to accept Kira, either from fear or adulation.

Near, L’s successor, must ponder the question of how L was defeated if he is to succeed where his famed predecessor failed. At the headquarters of the anti-Kira organization the SPK, he proclaims that the new L is none other than Kira and calls upon the Japanese task force to declare war on Light.