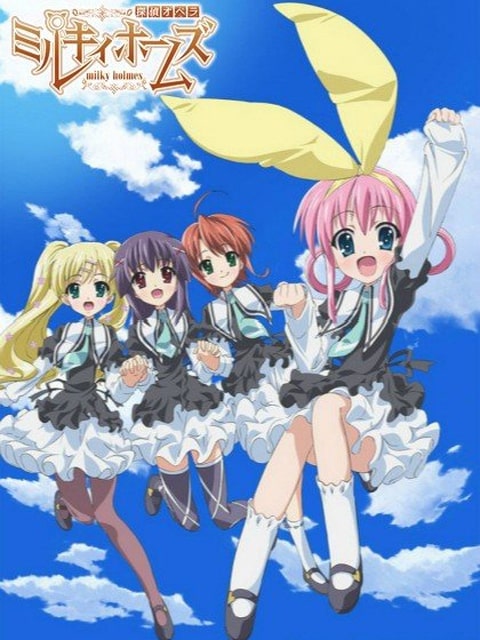 “Toys” are powers bestowed upon those chosen to wield them, each having qualities that are unique to their users. Some of these individuals are born pure, using their powers to become detectives. Others bloom laced with poison and choose to become phantom thieves. These two opposing factions caused the formation of various detective academies around the globe—training detectives to fight and catch the phantom thieves.

Sherlock Shellingford, Nero Yuzurizaki, Hercule Burton, and Cordelia Glauca form “Milky Holmes”, a group recognized as the cream of the crop in the Yokohama-based Holmes Detective Academy. However, in a skirmish against the phantom thief Arsene, their Toys suddenly disappear, deeming them unfit to continue as detectives. Stripped of their prestigious life and thrown into a rundown attic, they face expulsion if they fail to regain their powers within the next three months.

Tantei Opera Milky Holmes tells the story of a once-legendary group in their journey to recover their Toys, as well as attempting to continue their line of work without the powers that once defined their career.