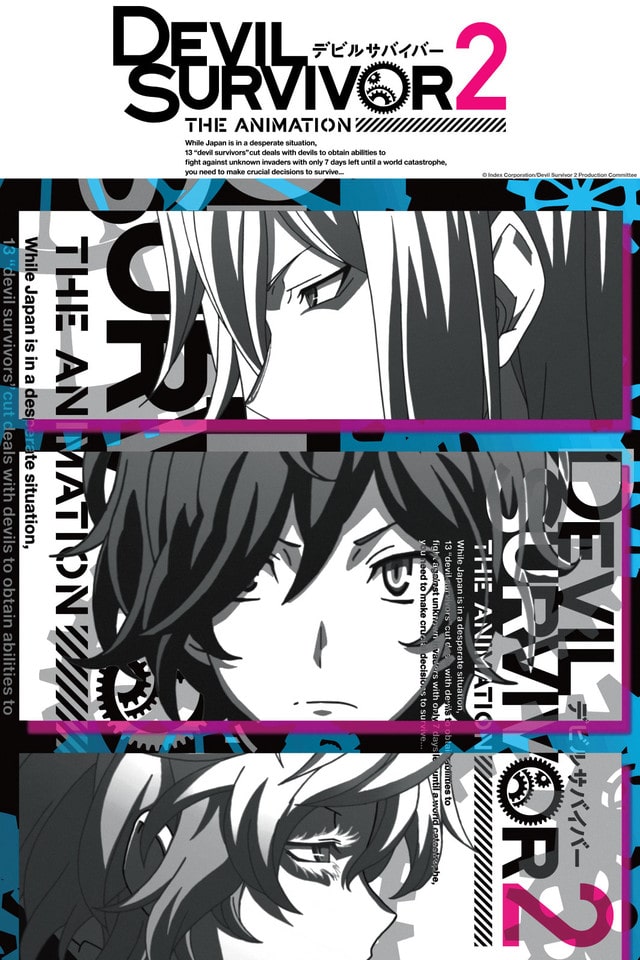 When the world is under attack by a monstrous and seemingly unstoppable enemy, the only way to fight back is with warriors who have already died! Sidestepping a gruesome fate in a subway crash during an earthquake, two young men and a girl find themselves recruited into the ranks of the Devil Summoners and given the ability to literally call up demons to battle against the mysterious Septenriones! Can Hibiki, Daichi and Io survive in a war where demons face demons under human command? Where a person’s death can be seen in advance? Where every living being is just a game piece to be saved or expended? And where each clash comes with a clock counting down to Armageddon? Get ready to be immersed in the in the ultimate conflict between good and evil as the living, the dead and the demonic combine forces to send the invaders straight back to Hell in DEVIL SURVIVOR 2 THE ANIMATION!