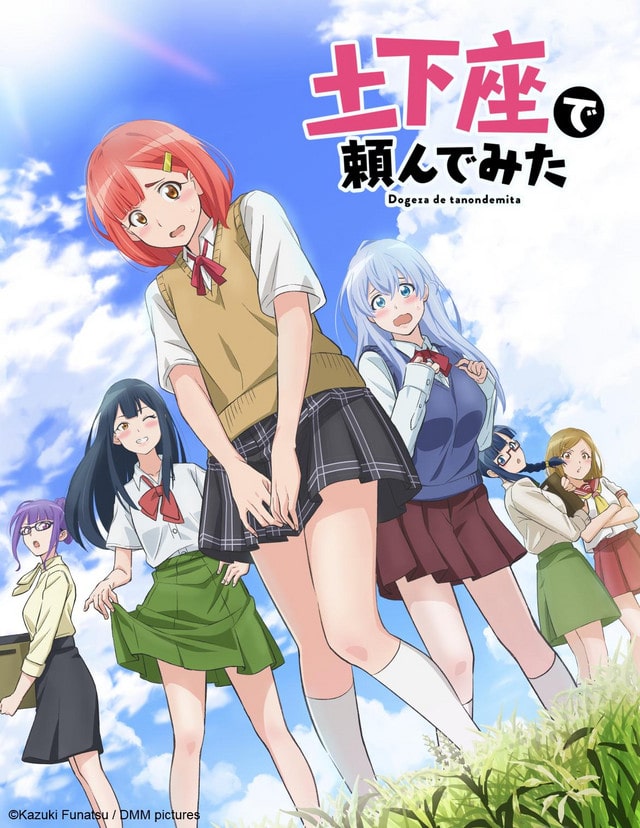 Dogeza is a sex comedy, and follows Suwaru Doge, a man who bows (dogeza) in front of young women and asks them to show him their underwear or breasts, bowing deeper and deeper until they listen to his request; the women react to his actions with astonishment, embarrassment, and confusion. Doge himself is rarely actually visible, as the series instead focuses on the female cast.