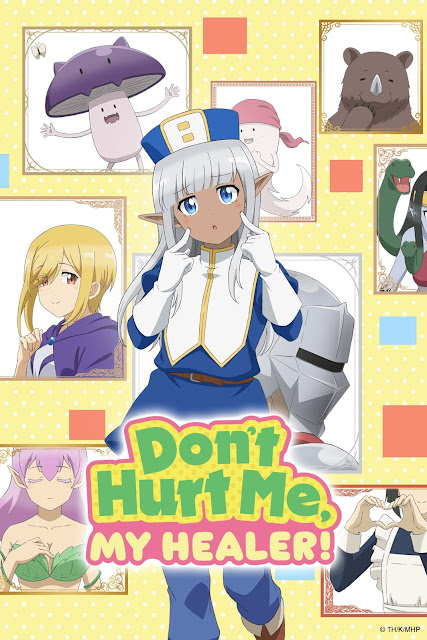 Don’t Hurt Me, My Healer!

In a world where monster invasions are rampant and frequent, being an adventurer in a party is considered one of the most desirable jobs for the honor and fame it provides. Wanting to make a name for himself, a young human warrior named Alvin intends to start his career by completing a low-level request for the guild.

While en route, Alvin is confronted by a magical bear and immediately finds himself in a pinch. As luck would have it, a dark elf healer named Karla approaches and asks if Alvin requires assistance—being seemingly oblivious to the situation before her eyes. After a discussion needlessly complicated by Karla’s absurdly eccentric personality, Alvin somehow convinces her to help him. Unfortunately, instead of healing him, she accidentally casts a curse: if Alvin strays too far from her, he shall die.

Despite being forced to accompany Karla until the curse is broken, Alvin remains steadfast in his ambition to become a full-fledged adventurer. With a partner by his side, the journey toward his goal may grow easier—or harder—depending on Karla’s whims.