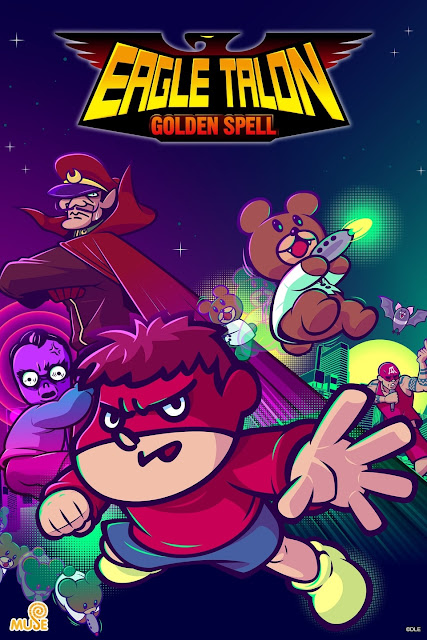 The evil secret organization Eagle Talon succeeds in reviving the ancient “Golden Spell” which can control human minds with a single word. “With this, we can achieve our dreams of world conquest from home!” and begin to develop various Golden Spell effects, such as the “shit yourself” spell.

But someone steals their spell development program itself! If the Golden Spell were to fall into the wrong hands, the world would be in peril. To retrieve the stolen spells, the Eagle Talon group begins an investigation. But little by little, they’re drawn into a massive plot…