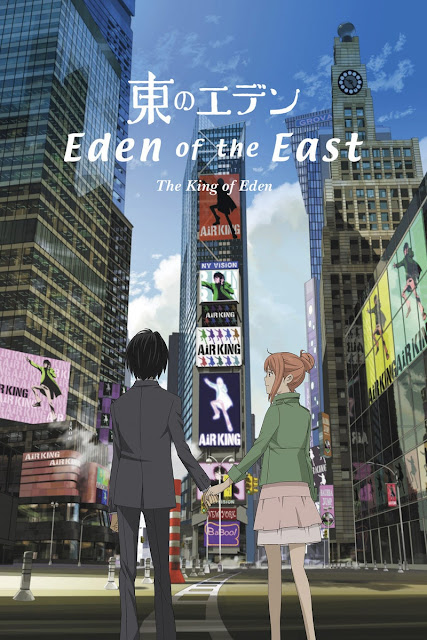 Eden of the East: King of Eden

Higashi no Eden Movie I: The King of Eden

Prequel: Eden of the East

After preventing Japan’s destruction, Akira Takizawa made one final request to become the “King of Japan,” before he erased his memories once again and disappeared. Leaving Saki Morimi with his cellphone, the only clue she has in regards to Akira’s whereabouts is the message, “I’ll be waiting where our journey started.”

Six months later, rumors have spread about Akira, and Saki’s search leads her to New York City. However, Saki is not the only person who goes to investigate—with several billion yen burning a hole in their pockets and a challenge to “save Japan,” the remaining Seleção are not far behind. Some are willing to help Akira achieve his goals, but a few are making dangerous moves in order to eliminate him and achieve their own picture of a better Japan. With rising stakes and new revelations, the game is still on.