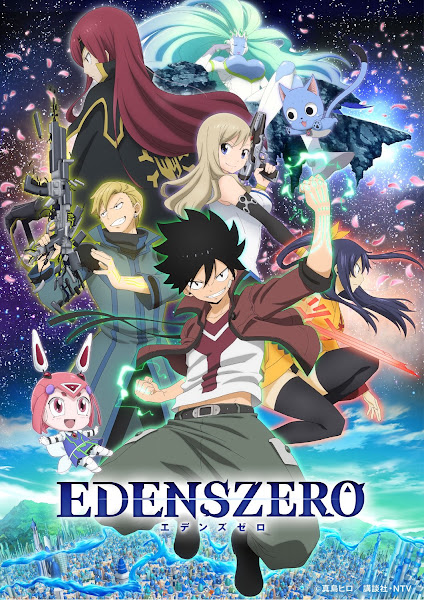 Eleven months after the grand finale of Fairy Tail, master mangaka Hiro Mashima is back with a great adventure beyond imagination! All the steadfast friendship, crazy fighting, and blue cats you’ve come to expect… IN SPACE!

A young boy gazes up at the sky and sees a streaming bolt of light. The friendly, armor-clad being at his side tells him gently, “That’s a dragon.” The fact that he’s joking isn’t important. What’s important is the look of wonder on the boy’s face… and the galaxy-spanning adventure that’s about to take place! Join Hiro Mashima (Fairy Tail, Rave Master) once more as he takes to the stars for another thrilling saga!