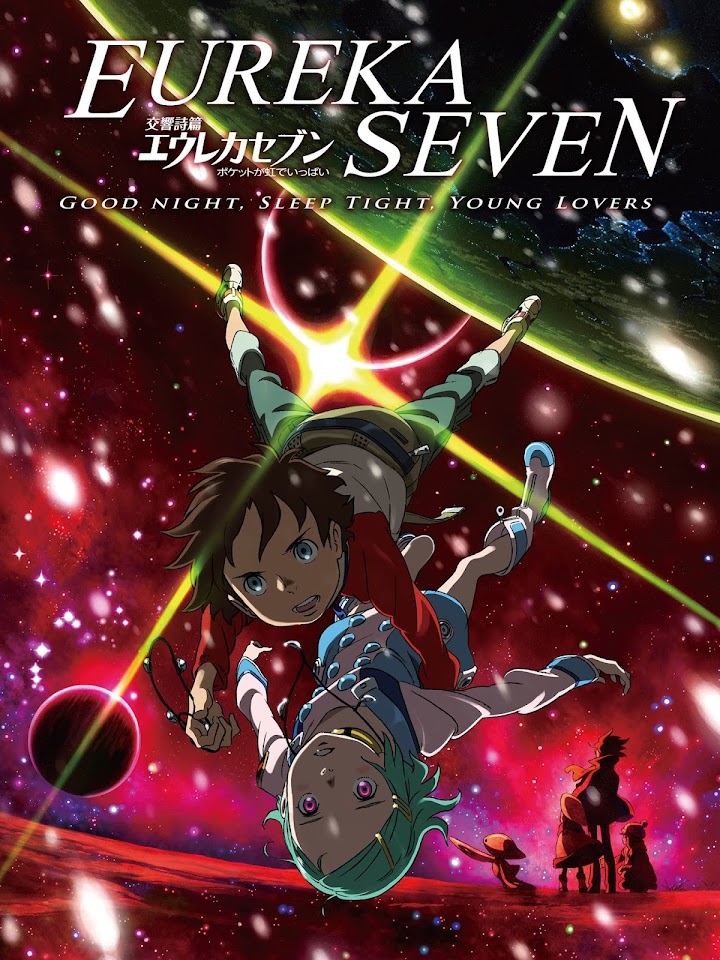 In the year 2054, humanity is on the brink of destruction thanks to a half-century war with the strange beings known as the EIZO. In the middle of an important mission, mecha pilot Renton is reunited with his childhood friend Eureka, who was kidnapped by government forces years before.

But their heartfelt reunion might not last for long: Eureka’s life will soon come to an end, and the crew that Renton serves alongside on the GEKKO have their own ideas about what to do with the blue-haired girl. As mankind prepares to fire a doomsday weapon that will end the war once and for all, the fate of the world rests in the hearts of two young lovers.