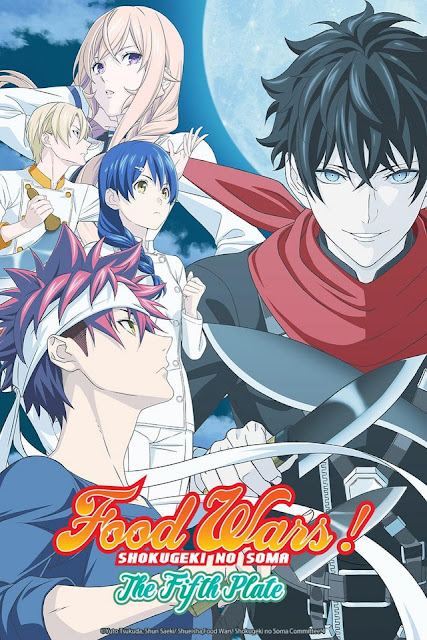 The fifth season of Shokugeki no Souma.

Thanks to Souma Yukihira, Erina Nakiri, and the rebel forces overthrowing the regime of Azami Nakiri—the previous school director—and the former Elite Ten, Tootsuki Culinary Academy is back in order. However, its students have one more great battle ahead of them: the BLUE, a competition where young chefs seeking world-class fame compete. Faced with new trials and rivals, Souma and his friends will fight to conquer the BLUE and to defeat Asahi Saiba, the leader of an underworld organization of chefs known as Noir, who once defeated Souma and his father in a Shokugeki.