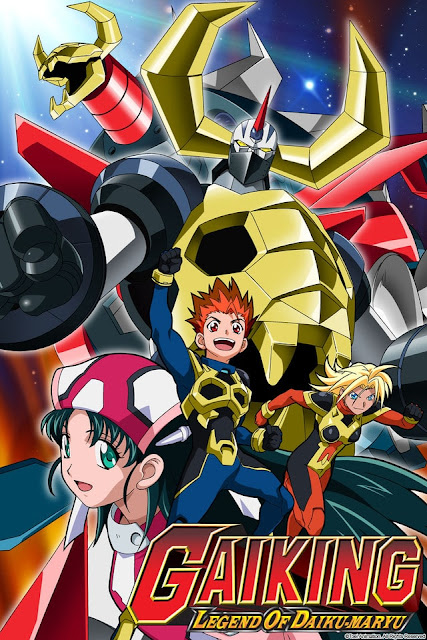 Five years ago, Daiya Tsuwabuki went on a fishing trip with his father, when giant monsters attacked them. While he was saved by a mysterious group of people, his father went missing. In the present, Daiya believes that the monsters were real & that his missing father is still alive, despite the disbelief of others. All of a sudden, monsters similar to the ones in Daiya’s past began to attack the city. In the process, he meets Gaiking, a giant mech. Daiya eventually gets into Gaiking, and defeats the monster. However, he soon finds out that the owners of Gaiking are the Daikû Maryû, the same group that rescued Daiya five years ago. Soon afterwards, Daiya joins the group in their mission to enter the underground world known as Darius in order to prevent the monsters from taking over the outside world, as well as to find his father.