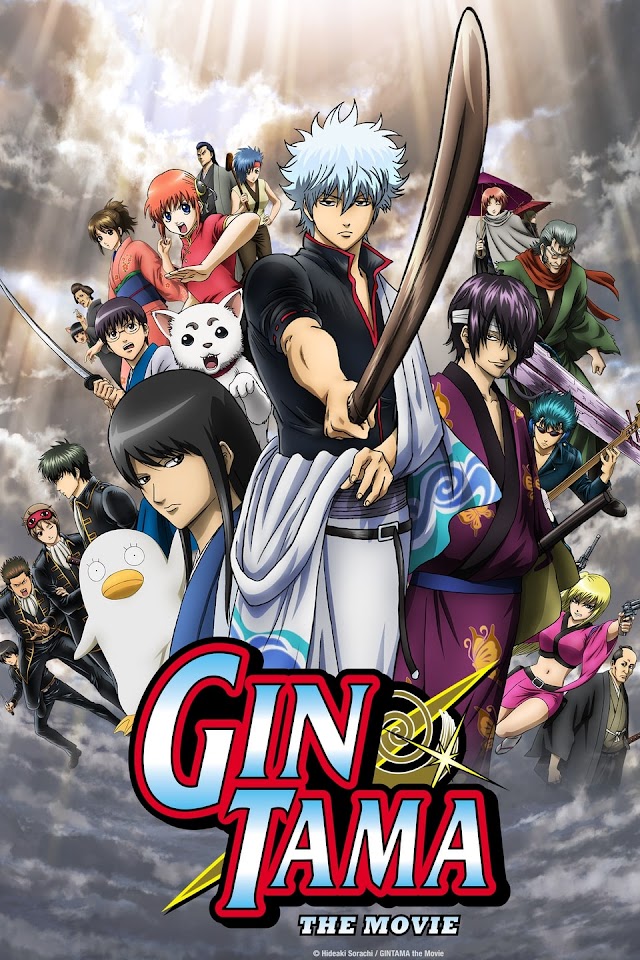 Odd Jobs Gin has taken on a lot of odd work in the past, and when you’re a Jack of All Trades agency based in a feudal Japan that’s been conquered and colonized by aliens, the term “Odd Jobs” means REALLY ODD jobs. But when some more than slightly suspicious secrets from the shadows of OJG founder Gintoki Sakata’s somewhat shady former samurai past and a new pair of odd jobs collide, the action is bound to get so wild and demented that only a feature film will do it justice!

So if you’ve had the good fortune to see Gintama, Japan’s most popular science fiction samurai series before, get ready for more of the same on an epic scale! And if you haven’t seen Gintama before, well, this is your quick and easy introduction to why Gintama (the series) is the hottest thing to hit the Land of the Rising Sun since a certain large, green reptile whose name we can’t use due to certain litigious lawyers!

So sit down, strap yourself in and make sure you’re not wearing anything too tight or constricting as the junior half of OJG takes on the task of tracking down a tenacious terrorist while their silver-haired slickster of a partner seeks out a certain sword in the side-splittingly silly GINTAMA- THE MOVIE!