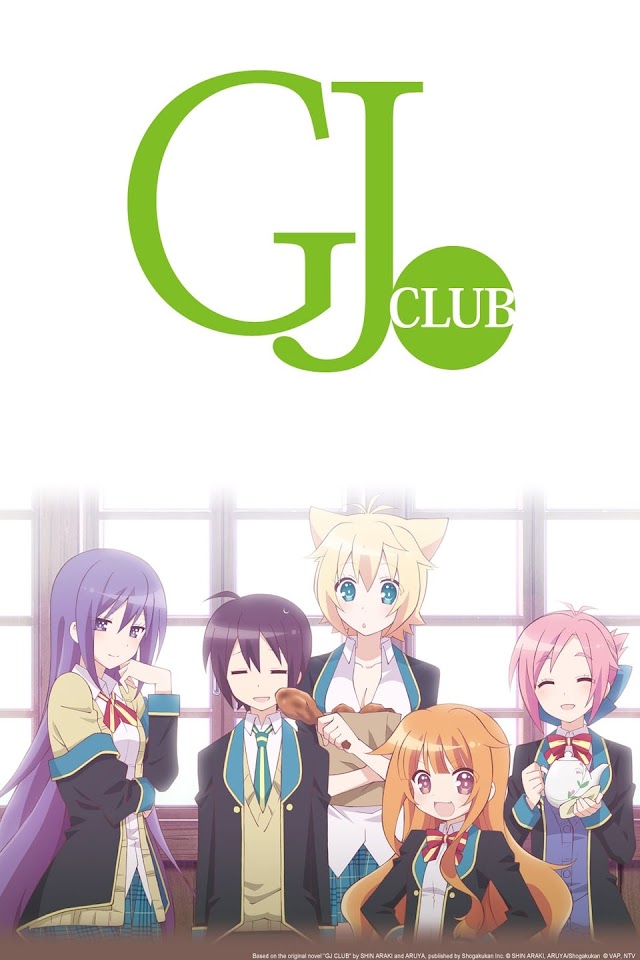 School clubs usually advertise their activities, but the goings-on of the GJ Club are a mystery. Kyouya “Kyoro” Shinomiya recently joined and became the sole male member of the five-person club.

Besides Kyoro, there is Mao Amatsuka, the club president who has a tendency to bite Kyoro when she gets mad or bashful; Megumi Amatsuka, Mao’s composed younger sister who always makes tea and desserts for the club’s members; Shion Sumeragi, a demure chess prodigy; and Kirara Bernstein, a meat lover with a strong feline personality. All four girls have some form of interest in Kyoro.

With the girls’ idiosyncratic and cute personalities, Kyoro’s time in GJ-bu will never be a dull one, for better or for worse.