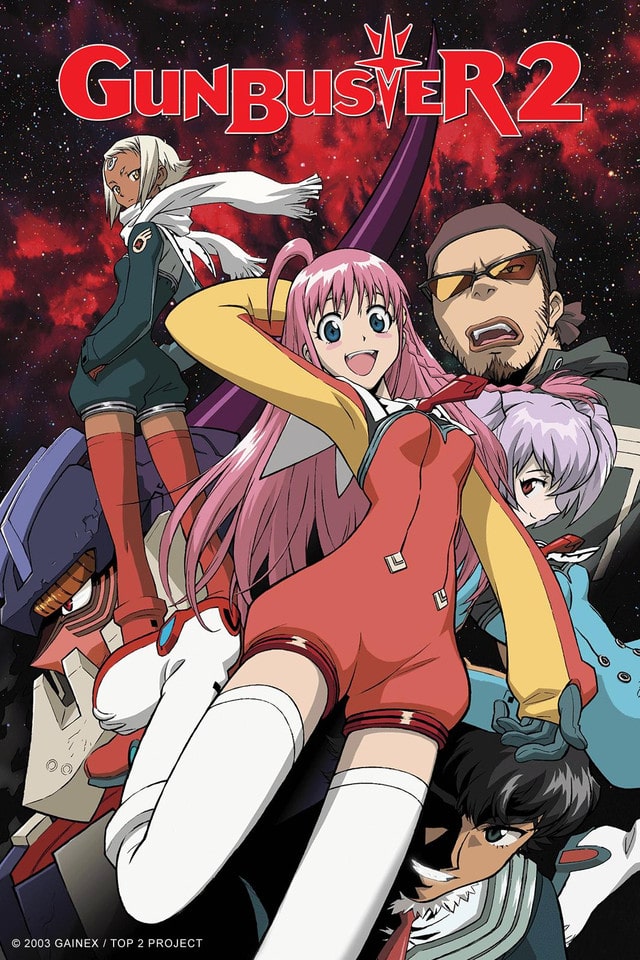 Generations have passed since the war with the Space Monsters started, and none remain who know how it began, with even records of those times being scarce. It is a lost cause, but humanity still fights against them, relying on the “Topless”: a group of elite space pilots with special powers that allow them to use the Buster Machines—the last hope against the Space Monsters.

Nono, a girl from a remote Martian town, has heard tales all her life of the legendary pilot “Nono-Riri,” and wants nothing more than to leave her humble life behind and follow in the footsteps of her idol. Though she has no idea of the dangers that lie ahead, nothing will stop her from achieving her dream. While Nono is down on her luck, she chances upon the lonesome Topless pilot Lal’C Melk Mark, and decides to stake her entire future on following Lal’C, no matter the cost.