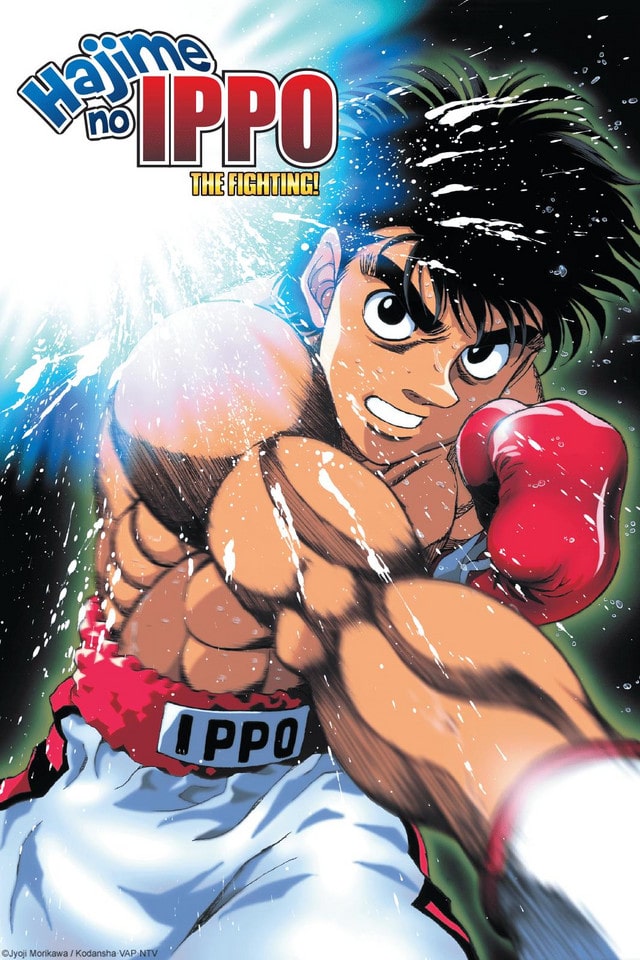 In his father’s absence, teenager Ippo Makunouchi works hard to help his mother run her fishing boat rental business. Ippo’s timid nature, his lack of sleep, and the sea smell make him an easy target for relentless bullies who leave him bruised and beaten on a daily basis. Mamoru Takamura, an up-and-coming boxer, rescues Ippo from a violent after-school incident and takes him back to the Kamogawa Boxing Gym for recovery. Takamura and his fellow boxers, Masaru Aoki and Tatsuya Kimura, are stunned by Ippo’s powerful punches—a result of strong muscles developed through years serving his physically taxing family business.

Following brief training under Takamura, Ippo impresses the other boxers in a practice match against prodigy Ichirou Miyata. He gains a rival in Miyata and a coach in Genji Kamogawa, the gym owner and a former boxer himself. As Ippo takes the first steps in his official boxing career, he faces off against a series of challenging opponents, each more powerful than the last. Victory, loss, and a cycle of dedicated training await Ippo on his journey to achieve greatness. With his tough body and unstoppable fighting spirit, the kind young man seeks to take on the world.