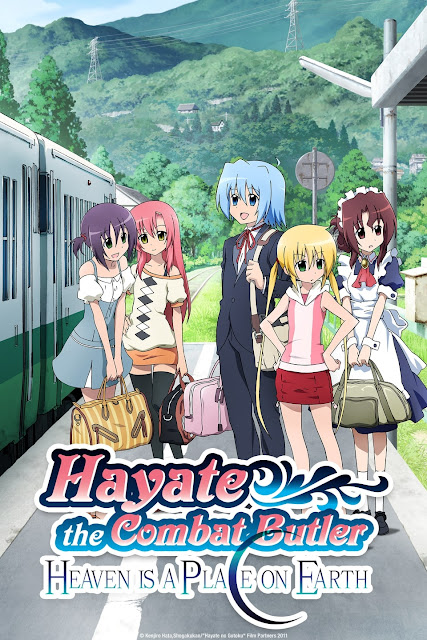 Hayate the Combat Butler: Heaven is a Place on Earth

Hayate no Gotoku! Heaven Is a Place on Earth

It’s no understatement to say that the stormy relationship between Nagi and her butler Hayate is often the result of the fact that they see things from entirely different social perspectives. However, when Nagi decides to bring Hayate, her maid Maria, and their friends to a secluded vacation retreat, our star-crossed couple soon find themselves seeing things from completely conflicting realities! In a bizarre turn of fate, Hayate finds himself in a world where his mistress is Maria, and Nagi no longer seems to exist! Meanwhile, Nagi is having her own problems, trapped in an amusement park of doom! What’s going on and how does this relate to a mysterious silver-haired woman who seems to hold the key to everything?