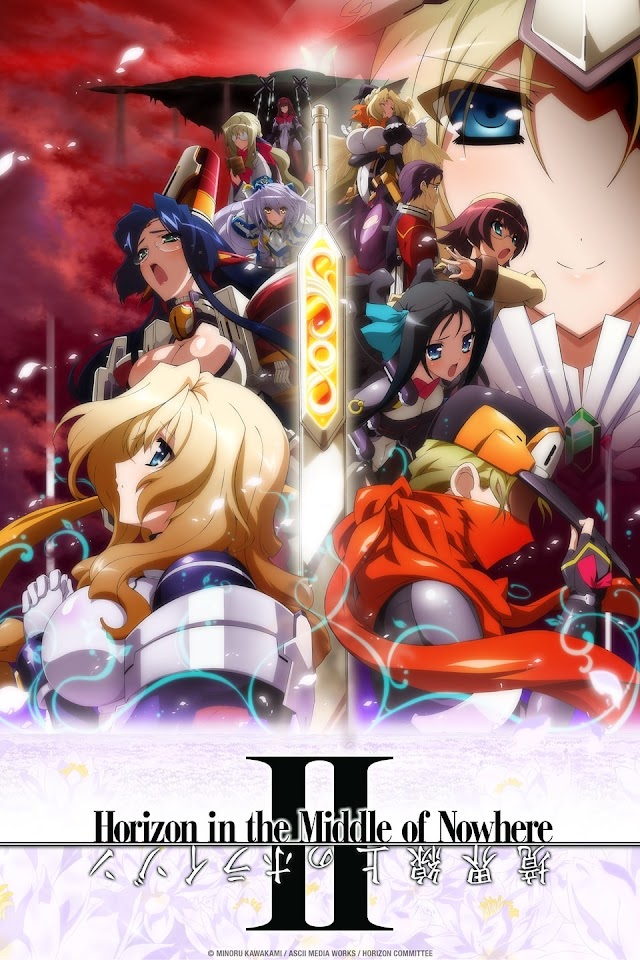 Horizon in the Middle of Nowhere Season 2

Prequel: Horizon in the Middle of Nowhere

Taking advantage of the opportunity that the Mikawa Conflict provides, Tori and his comrades attempt to rescue Horizon from the Testament Union. But even as the Floating City Musashi speeds towards its next destination, the Floating Island England, Tres España is preparing its own armada for war against the British Islanders. Now, as the quest of Horizon’s emotions builds to its climax, Tori’s new battle is about to begin in the land ruled by the Fairy Queen! The reenactment of the history described in the mysterious Testament continues as the secret of the Armor of Deadly Sins is unleashed in the spectacular second season of Horizon in the Middle of Nowhere!