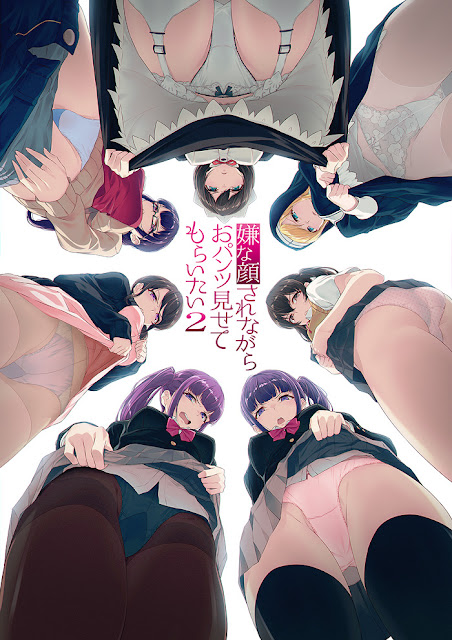 Based on Shimahara’s adult doujin project.

Every man wants to see panties, but unfortunately, that happens to be difficult to achieve. They are hidden beneath layers of clothing and seldom shown, other than to the trustworthy. They are considered the final frontier and the last barrier between a woman’s bare skin and the wider world. The moment a girl shows her panties is when she is the most vulnerable. It would be absurd to simply ask to see them—or would it?

If a variety of girls were brazenly asked to show their panties, they would naturally be filled with contempt. But if one were to beg hard enough, they just might be lucky enough to get a peek.