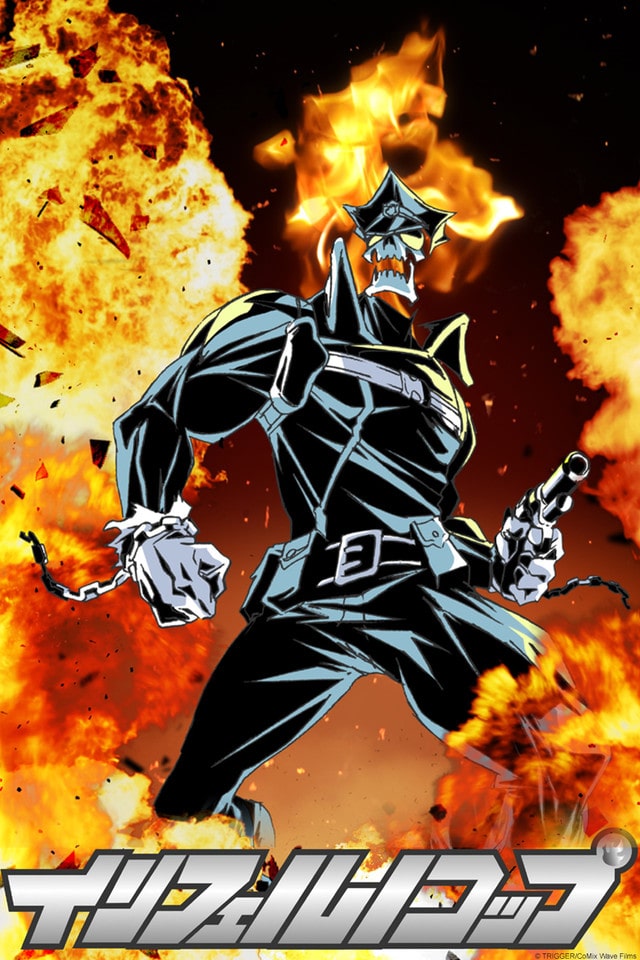 Jack Knife Edge Town is as edgy as it sounds, and it’s up to Inferno Cop to stop that edge from tearing his city apart. He’s both law and outlaw, dispensing ungodly justice to evildoers like a candy machine. Lowlifes, gangsters, and even hellspawn all infest Inferno Cop’s hunting ground, but that’s the good news. The bad news? Prior to the story, his family was brutally murdered by Southern Cross, a shady organization that made the worst mistake imaginable by doing so. Now, Inferno Cop’s limiters have been removed and his mercy rung more dry than the entrails of his victims.

Something is welling up in Inferno Cop’s city, however, and soon he’ll face the most daunting gauntlet of his life involving him literally falling into and escaping from Hell. A flaming head won’t be enough to ward off the true evil that’s rapidly approaching—Inferno Cop must call upon all his allies and his own wacky antics to conquer the trials that await him.