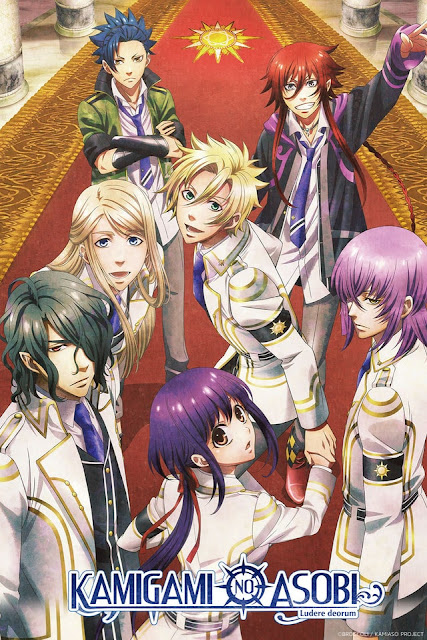 The question of who weaves our destiny has always been shrouded in mystery. However, in a twist of fate, Yui Kusanagi discovers a mighty and mysterious sword that transports her to another world. There, this ordinary high school girl finds herself face-to-face with the mighty Greek god Zeus.

As her fortune would have it, The God of Thunder has an unusual request: remain in the dimension he has created and attend a school of legendary proportions. When he’s not busy ruling the universe, Zeus acts as headmaster and dean for a school of young, somewhat misguided gods. The bond between humans and gods has weakened, and it is now up to Yui to teach the gods about love and what it means to be human.

Will the dice of fortune fall in her favor? Or will the pressure of being a modern-day Venus be too much to handle? Only time will tell what happens as her fate unfolds before her. Whatever the outcome, bring on the bishounen as Yui tries to reveal who her true destiny is tied to in KAMIGAMI NO ASOBI!