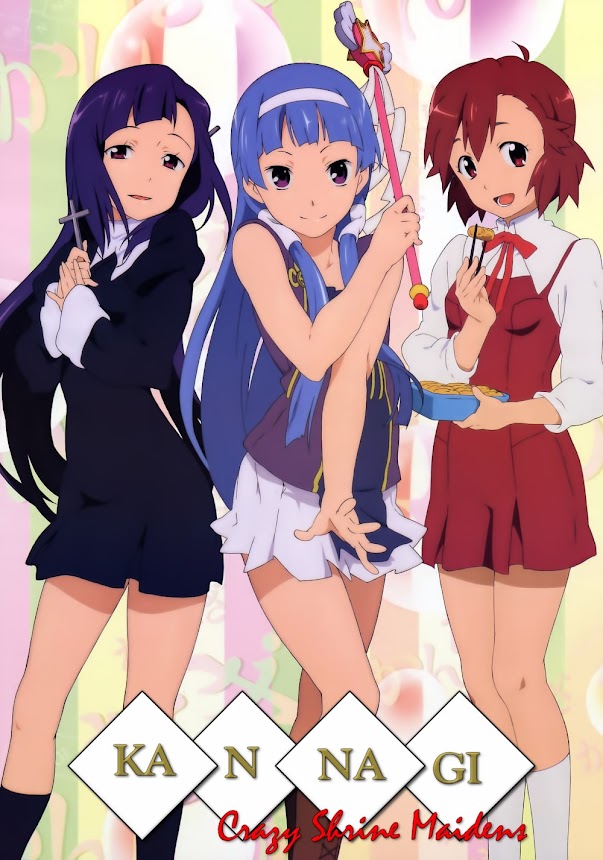 The goddess Nagi has arrived and wants you to worship her!

Nagi is the local deity spirit of the town of Kannagi and she was able to take a physical form when Jin Mikuriya carved a wooden statue of her out of a block of wood from the sacred tree of his family shrine. Nagi’s mission is to cleanse the impurities that plague the land, but since her sacred tree has been cut down, she can only do this with Jin’s help.

While pursuing an impurity, Nagi is reunited with her sister, Zange, who happens to have converted to Catholicism. Zange’s power is greater than Nagi’s due to her scared tree still being intact and becoming a local celebrity listening to confessions on the street at night. The only way for Nagi to regain her power is to gather her own followers and gain popularity.

Will you become one of Nagi’s worshippers?