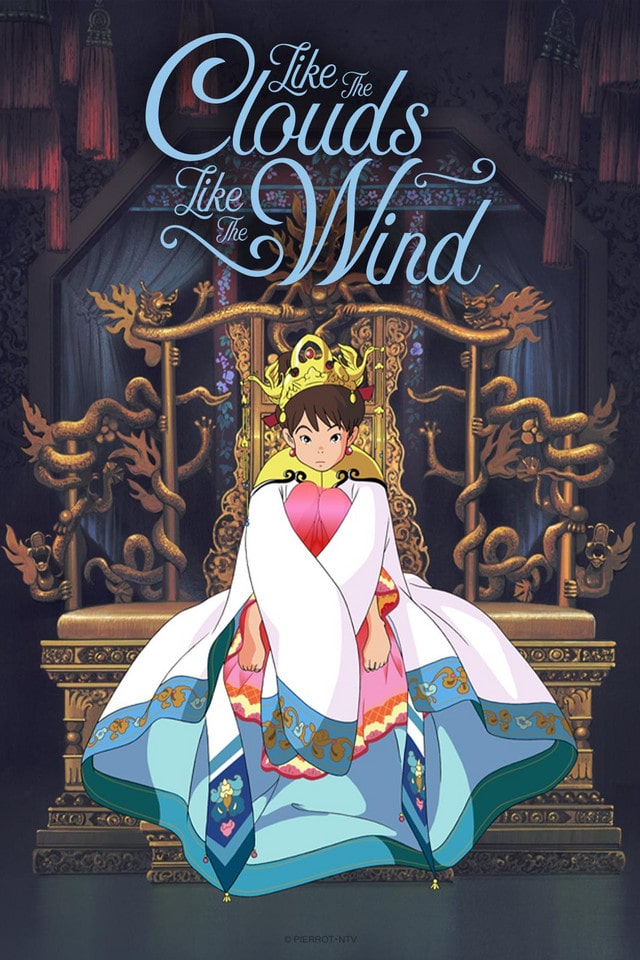 Kumo no You ni Kaze no You ni

The country of Sokan is in turmoil. Following the death of the Emperor, a power struggle over the line of succession ensues. To cement the crown prince’s rule, he must find a suitable bride. And so, the hunt for a new empress begins!  Ginga is a straightforward, lively country girl who joins the competition for the emperor’s hand. Her earnest innocence shocks and reinvigorates the denizens of the palace. But can one girl’s optimistic spirit help to save a kingdom facing threats both from within and from without?  Based on the award-winning novel by Kenichi Sakemi and featuring character designs by Studio Ghibli’s Katsuya Kondo, Like the Clouds, Like the Wind is a family television feature filled with equal measures lively fun and peaceful mediation.

Alternative Titles: Kumo no You ni Kaze no You ni, 雲のように風のように