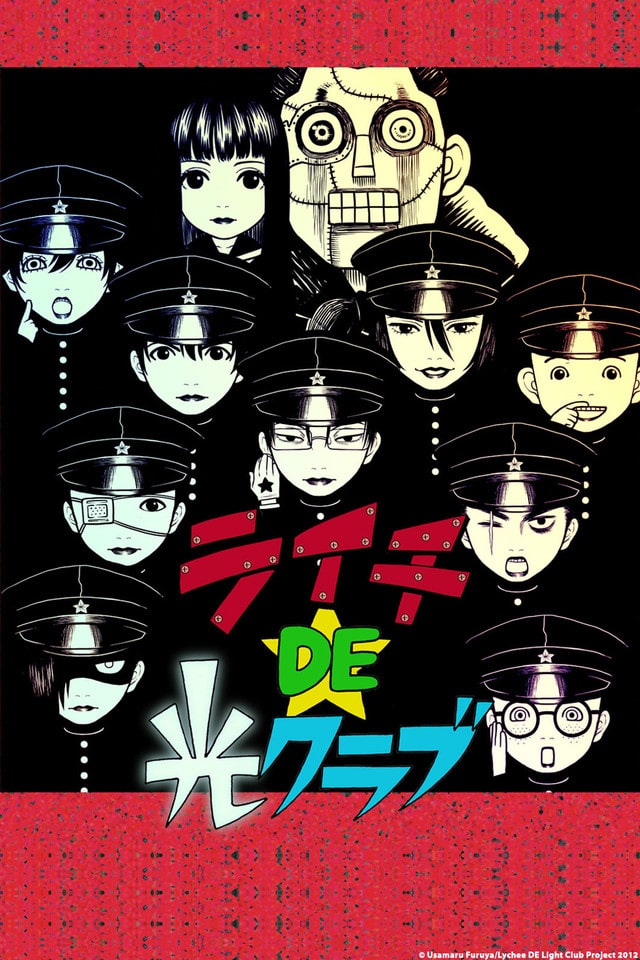 The cramped town of Keiko-cho is stained black with factory exhaust and oil. Late one night, a piercing whistle echoes from some ruins in a seemingly empty corner of the town, accompanied by the eerie echoes of harsh words spoken in German. The sounds come from a group of nine boys dressed in the starched collars and caps of high school uniforms. There in the darkness stands a secret base built by these nine boys under the leadership of Zera, the “king of the ruins,” known as the Light Club.