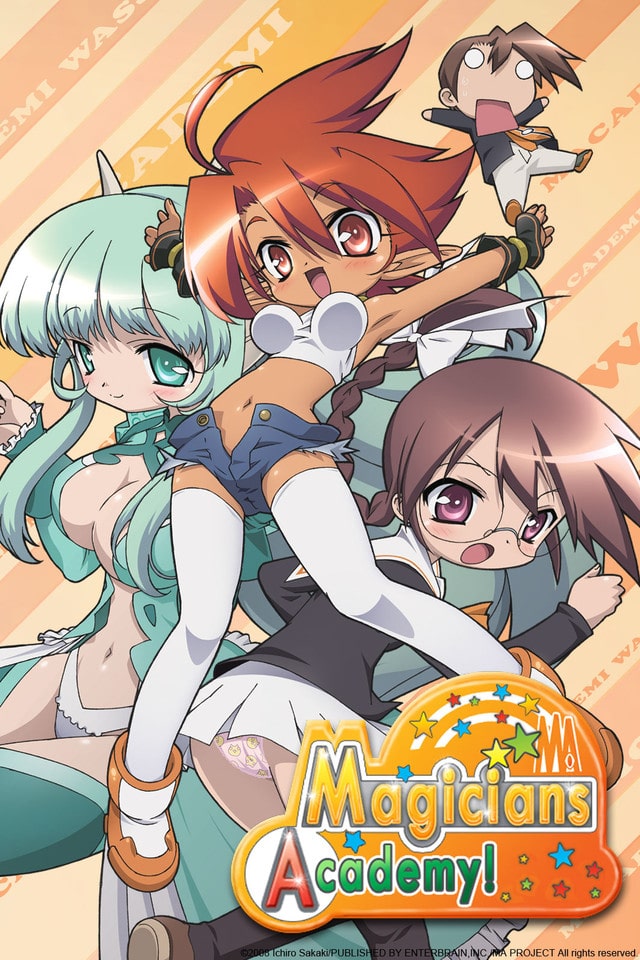 Magician’s Academy revolves around Takuto Hasegawa, who attends a magic academy that is not marked on any map. During a summoning spell exam, he accidentally creates a girl named Tanarot, who happens to hold enough magical power to destroy his country, but fortunately Tanarot professes undying loyalty to her “creator.”