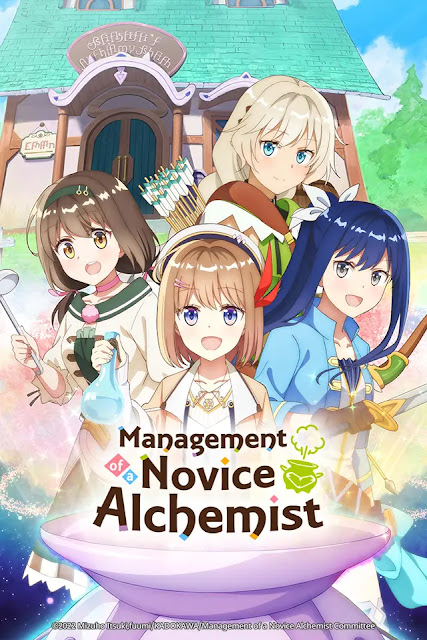 Management of a Novice Alchemist

After her parents are killed by bandits, young Sarasa Feed is sent to an orphanage where she learns about the prestigious world of alchemy. Determined to follow in her late parents’ footsteps and become an independent business owner, she enrolls at the Royal Alchemist Academy to train and get certified as an official alchemist.

Five years later, Sarasa graduates from the institution and nearly achieves her dream before realizing that she lacks the funds to do so. Left with little choice, she makes do with a low-priced storefront in a town situated far away from the bustling capital. Despite the threat of treacherous terrain and dangerous monsters in the remote countryside, Sarasa begins her exciting new life as an alchemist.