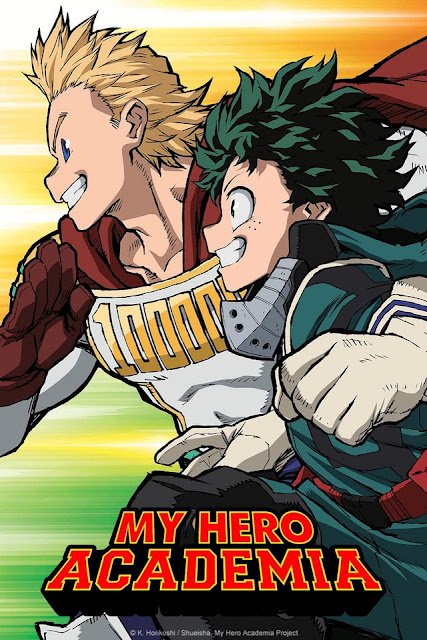 After successfully passing his Provisional Hero License exam, Izuku “Deku” Midoriya seeks out an extracurricular internship with a professional hero agency. At the recommendation of his mentor All Might, Midoriya lands a position under All Might’s former sidekick, Sir Nighteye, now a famous hero in his own right.

As Midoriya’s classmates further their own abilities through various internships, up-and-coming villain Kai Chisaki utilizes his terrifying powers to gather favor in the criminal underworld. Known by the moniker Overhaul, Chisaki’s ambitions collide with the League of Villains and its leader, Tomura Shigaraki.

Through his work with Sir Nighteye, Midoriya discovers Chisaki’s crime syndicate and the villain’s hostile relationship with a mysterious young girl named Eri. Fearing for the child’s safety, Midoriya and his upperclassman Mirio Toogata must work together to put an end to Chisaki’s reign of terror.