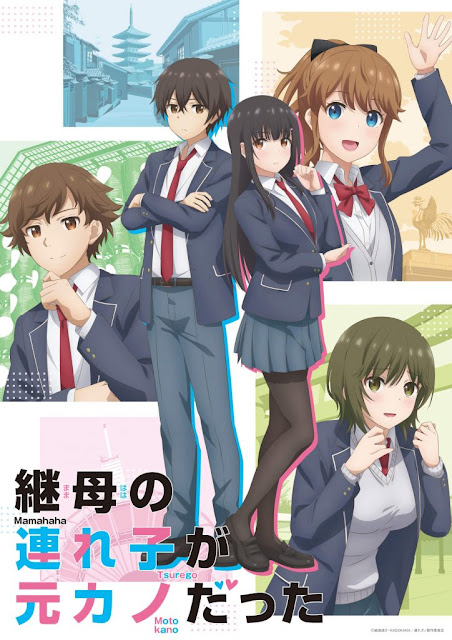 My Stepmom’s Daughter is My Ex

Listless geek Mizuto Irido and introverted nerd Yume Ayai seemed like a match made in heaven, connected by their mutual love for literature. Unfortunately, their differences gradually grew, and they separated just after their middle school graduation. But, as if by divine comedy, the two find themselves reunited as step-siblings.

A rivalry begins to brew between the former couple, both unwilling to acknowledge the other as the older sibling. In an attempt to “solve” this issue, Mizuto and Yume agree upon a rule: whoever crosses the boundaries of siblinghood norms loses, and the winner will not only be called the older sibling, but also get to make a request. However, now that they live under the same roof, the lingering memories they share start to influence their actions—possibly rekindling the feelings that may not have been fully extinguished in the first place.