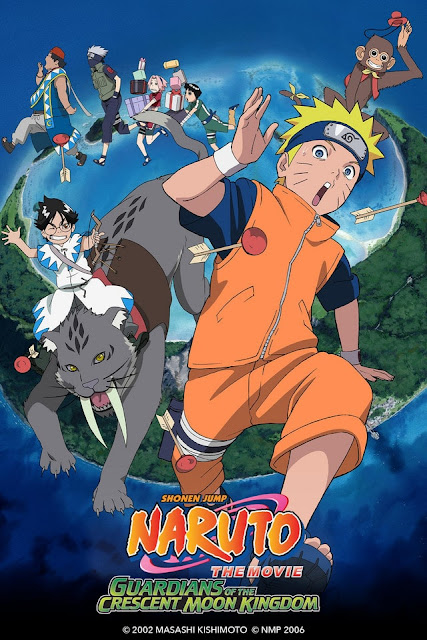 Naruto the Movie: Guardians of the Crescent Moon Kingdom

Led by Kakashi Hatake, Naruto Uzumaki, Sakura Haruno, and Rock Lee are tasked to escort the extravagant Prince Michiru Tsuki and his spoiled son Hikaru to the prosperous Land of Moon when the two return from a long trip around the world. As if guarding two whimsical high-ranked individuals was not challenging enough, the prince’s reckless decision to acquire an entire circus during their journey—mainly to entertain Hikaru’s wish of owning the saber-toothed tiger featured in the show—further propels the mission into disarray.

Just as things are finally settling down, the arrival of Michiru’s convoy at the Land of Moon is met with an unforeseen crisis—the greedy Chief Minister Shabadaba has taken over the country with the assistance of mysterious, powerful ninjas. While Kakashi’s team relentlessly fights the enemy by any means necessary, the two princes are forced to confront a new outlook on life through adversity.