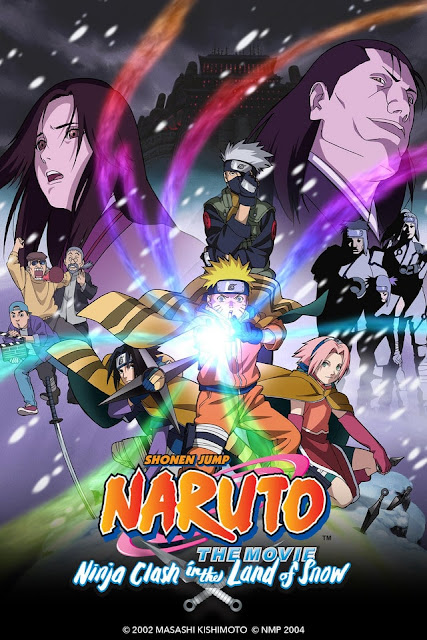 Naruto the Movie: Ninja Clash in the Land of Snow

Naruto and his team are sent on a mission to guard Yukie Fujikaze, a popular actress starring in the hit movie The Adventures of Princess Gale. The crew is heading toward the Land of Snow, a land forever covered in snow, to shoot the final scenes of the film. When Yukie refuses to go and escapes from the set, she is brought back by force to the Land of Snow by Naruto and his teammates. But little do they know there are three rogue Snow Ninja lying in wait with a sinister purpose that forces Yukie to make a crucial decision and face her hidden past.