Home » Action » Ningen Fushin: Adventurers Who Don’t Believe in Humanity Will Save the World
A-Z list 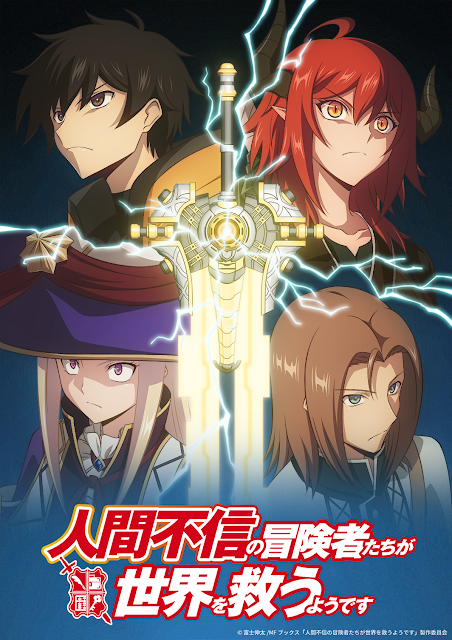 Ningen Fushin: Adventurers Who Don’t Believe in Humanity Will Save the World

The story begins with Nick, an experienced adventurer whose party is led by his mentor and father-figure Argus. Following the completion of their latest job, Nick discovers a chunk of the money has gone missing and realizes one of the party members is the culprit. To his surprise, Argus forgives the member and instead expels Nick after being accused of also embezzling funds.

One night after several weeks in a downward spiral, Nick ends up in a local tavern where fate leads him to meeting three fellow adventurers. After a night of drinking, the four bond over their own betrayals and their destroyed ability to trust anyone. This is when Nick hatches on the idea for the four to form a party.

Alternative Titles: Ningen Fushin no Boukensha-tachi ga Sekai wo Sukuu you desu, Adventurers Who Don’t Believe in Humanity Will Save The World, Apparently, Disillusioned Adventurers Will Save the World, 人間不信の冒険者たちが世界を救うようです