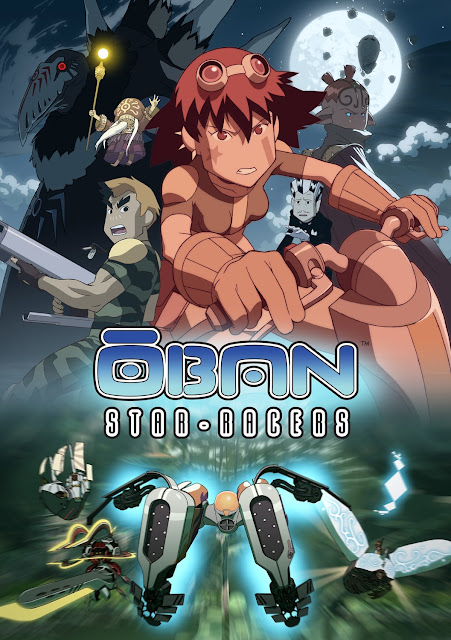 It’s 2082. Ten thousand years have passed since the last great race on the mythical planet OBAN. Now the time has come for the pilots of the galaxy to face off once again. Threatened with annihilation by its powerful neighbours, the Crogs, Earth desperately needs a victory. And with Don Wei’s streamlined prototype star-racer, the Whizzing Arrow, and champion Rick Thunderbolt behind the wheel, it may well stand a chance.

There’s just one problem: As soon as the Earth-Team lands on Planet Alwas, a terrible crash in the first stage of the competition forces Rick into early retirement. Now “Molly,” a 15-year-old rebellious racing prodigy, is our last hope of survival!