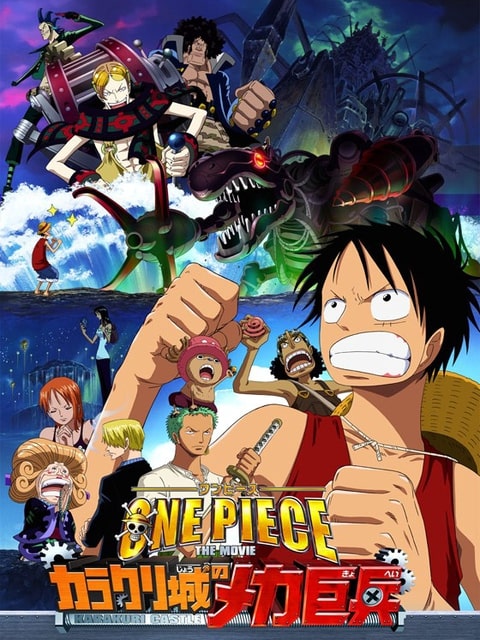 One Piece: The Giant Mechanical Soldier of Karakuri Castle

The Straw Hat crew salvages a treasure chest from a sinking wreck, inside which they find an old lady. To get the pirates to take her home, she promises them the treasure of a golden crown on her island: Mecha Island. Upon arrival, the crew is attacked by the lord of the island but he has a change of heart and decides to seek their help to solve the mystery of the Golden Crown.