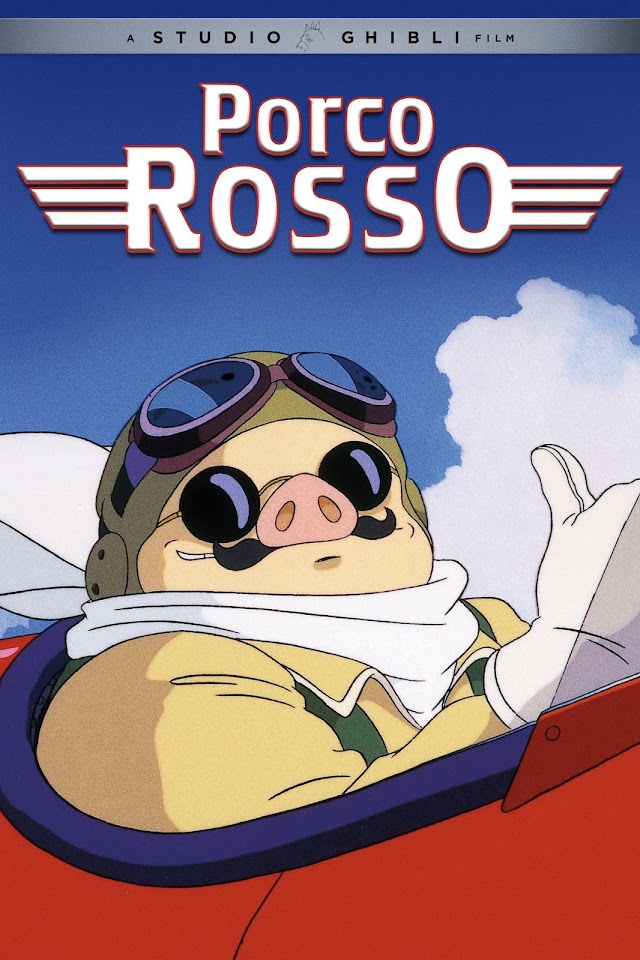 After a curse turned him into a pig, World War I ace Marco Pagot becomes Porco Rosso, a mysterious bounty hunter who takes down sky pirates in the Adriatic Sea. He whiles away his days on a secluded island, rarely leaving other than to collect bounties or to visit the beautiful Gina, a songstress and owner of the Hotel Adriano.

One day, while traveling to fix his faulty engine, Porco Rosso is gunned down by a young American hotshot named Donald Curtis. Thrilled at the possibility of fame, Donald boldly declares that the flying pig is dead. Not wanting to disappoint Gina, Porco Rosso flees to the famous Piccolo S.P.A. airplane company and takes out a massive loan in order to repair and improve his fighter plane. There, he is surprised to find that the chief engineer of Piccolo S.P.A. is the 17-year-old Fio Piccolo, who hungers for a chance to prove herself. With Fio’s improvements, Porco Rosso prepares to challenge Donald officially and regain his honor.