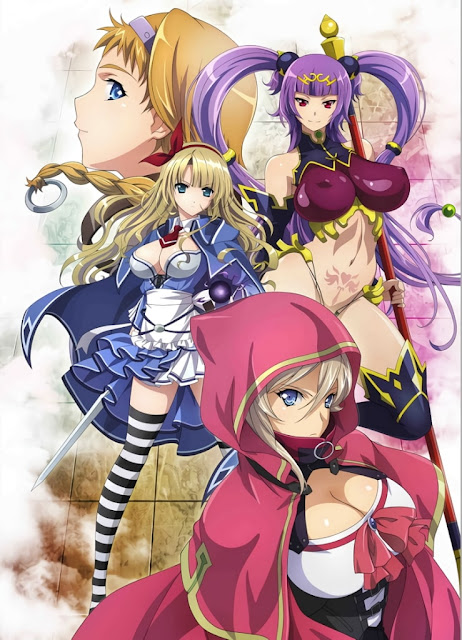 The story takes place after the wandering warrior Leina’s championship has ended. The royal court’s magician Alicia uses black magic and opens a doorway to another dimension. From that door, a rabbit lures Alicia into another dimension called Melfairland. Melfairland is holding a tournament of its own to award out a Queen’s Blade, and Alicia enters the tournament in order to find a way to return to her own world.