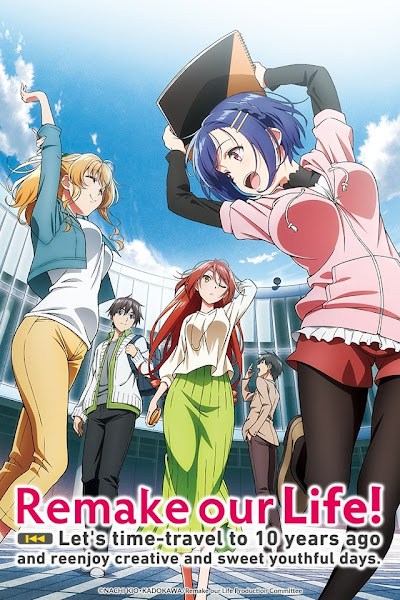 Life is not going well for 28-year-old Kyouya Hashiba. Having left his office job to pursue a career in the video game industry, his internship at a popular game studio abruptly ends, leaving him unemployed and forcing him to move back in with his parents. Additionally, his jealousy toward the success of the “Platinum Generation”—a group of similarly-aged creators—has caused him to regret his decision to attend a traditional university instead of an arts college. Even though he believes there are no second chances in life, Kyouya is suddenly given one when he wakes up one day and finds himself 10 years in the past.

Instead of choosing business school like he originally had, Kyouya decides to pursue his passions and attends the Oonaka University of Art. There, he meets classmate Eiko Kawasegawa, the woman who had hired him as an intern in the present, alongside his new housemates and future Platinum Generation members: underachieving artist Aki Shino, aspiring singer and actress Nanako Kogure, and naturally-gifted writer Tsurayuki Rokuonji.

With each project they complete together, Kyouya and his friends venture closer to discovering their true potential as creators and remaking their lives into the ideal versions they desire.