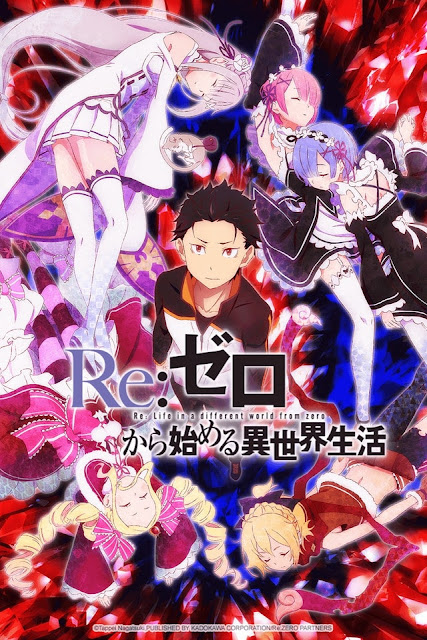 Re:ZERO -Starting Life in Another World-

Natsuki Subaru, an ordinary high school student, encounters a beautiful silver-haired girl from another world. Subaru wants to stay by her side and help her, but the burden she carries is far beyond anything Subaru imagined. They’re faced with one attacking monster after another, betrayal, irrational violence… and finally death. Subaru doesn’t want to see her get hurt, so he vows to take down any enemy, any fate that comes his way, to protect her. And so this powerless boy obtains “Return by Death,” a unique ability that allows him to turn back time by dying. It becomes the potential to guide all people to a world where everyone can always be smiling, dependent on Subaru’s life and loneliness. By using his power, the past can be lost, and memories can be rewritten. Subaru must now fight the fate that dooms him to keep all those forgotten memories hidden within, to be perpetually beaten, to see his own heart wearing down, to wager his life… all to protect the people he cares about. To get back the precious times that he’s sure must have happened.