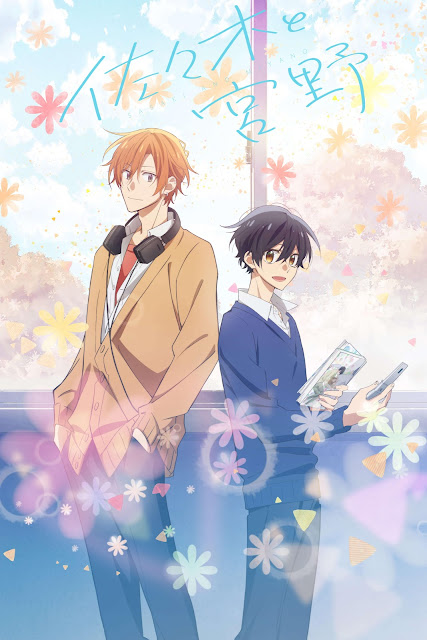 Yoshikazu Miyano’s troubles first start one hot summer day when Shuumei Sasaki steps into his life. Sasaki saves Miyano’s classmate from a group of bullies, and after that, Miyano cannot seem to shake off his eccentric upperclassman. His silent admiration for Sasaki gradually sours into annoyance each time the so-called delinquent refuses to leave him alone. Constantly being called by cute nicknames and having his boundaries ignored, Miyano wonders why Sasaki wants to get close to him.

The shy and easily flustered Miyano harbors an embarrassing secret—he is a “fudanshi,” a boy who likes boys’ love (BL) manga. The last thing he wants is for other students to find out, but through a slip of the tongue, he reveals the truth to Sasaki. Intrigued, the clueless Sasaki asks to borrow a book to read, which he is given very reluctantly. To Miyano’s surprise, Sasaki enjoys the BL that he receives and asks for more, marking a shift in their strange dynamic.

Although Sasaki appears to possess some personal agenda, his feelings for Miyano become complicated the more time they spend together. As they now share a common interest, their relationship is poised to change and further develop.