Home » Fantasy » Saving 80,000 Gold in Another World for My Retirement
A-Z list 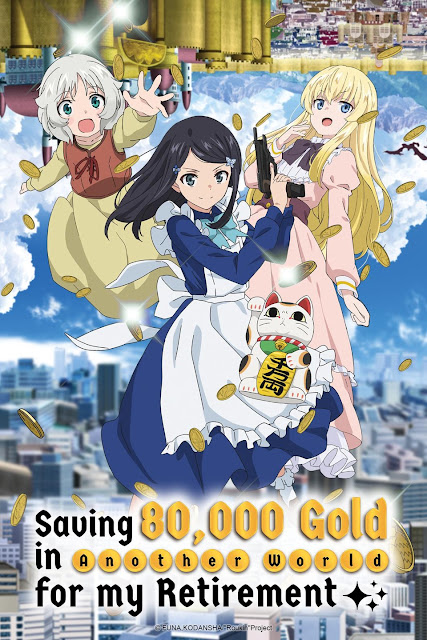 Saving 80,000 Gold in Another World for My Retirement

Mitsuha is an 18-year-old girl who’s often mistaken for a middle schooler due to her childlike face and small stature. The story begins when she loses her parents and her older brother at the same time in an accident and ends up all alone in the world.

She fails her university entrance exams due to the shock of losing her family. There are people who are after her parents’ insurance money. She doesn’t know whether she should go to college or start working. There are also lots of expenses to worry about, including living expenses and the cost of maintaining the house.

One day, as she worries about how she’ll survive, she’s given the “World Jumping” ability by a mysterious being that allows her to go back and forth between “this world” and an “isekai”! Now that she has this ability, she comes up with a plan for the future in which she saves 1 billion yen in each world for a total of 2 billion yen (80,000 gold coins)!