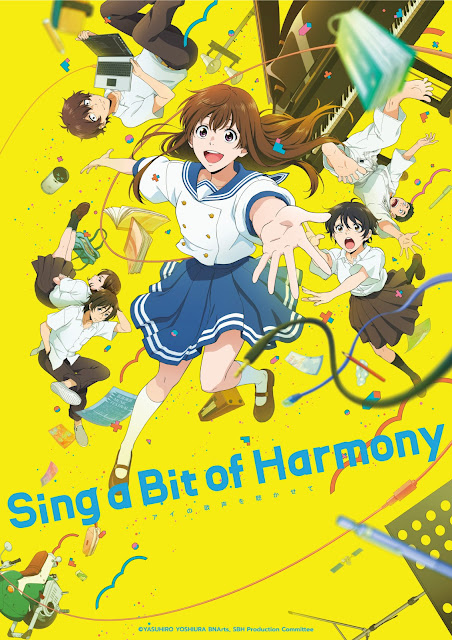 Sing a Bit of Harmony

Satomi Amano is a model student as well as the daughter of the leading project manager of Hoshima, a company that has revolutionized AI technology. However, due to her standing, Satomi’s presence has isolated her from her classmates—an obstacle she knows she may never overcome.

On an otherwise uneventful day, while preparing for school, Satomi uncovers her mother’s latest exciting proposition: an AI that will prove whether robots can live alongside humans. Intrigued by how her mother will commence the project, Satomi makes her way to school, but standing in front of the class is none other than the AI herself.

As the subject of research, Shion Ashimori is tasked to fit in like a normal teenage girl without exposing her true identity. However, Shion has another goal in mind—to make Satomi happy instead. With her talent for singing, Shion strives to compose harmonious melodies that not only connect her with her newfound friends but also dispel the dissonance within Satomi’s heart.