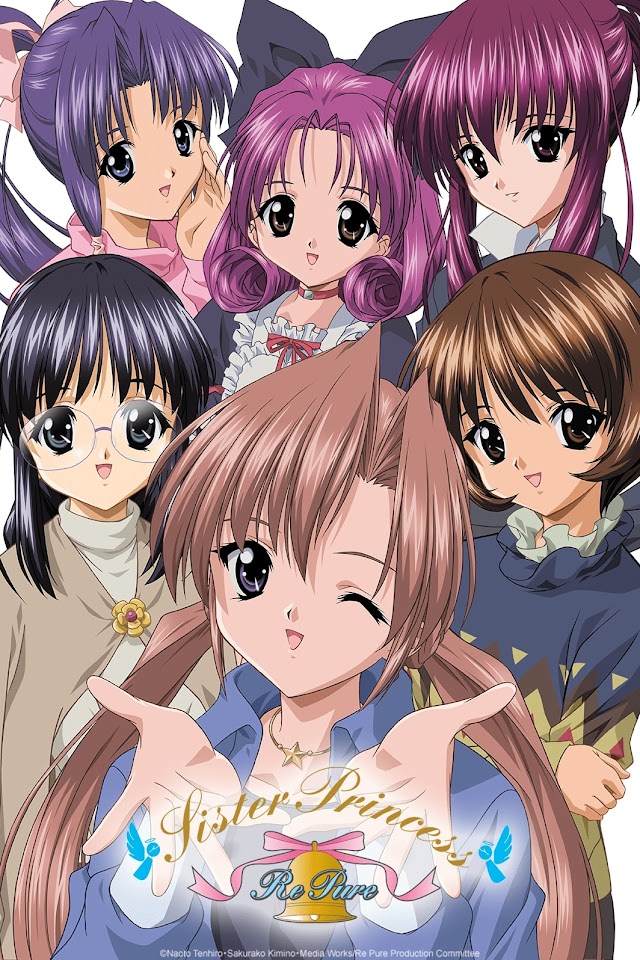 Though they may come from different countries (and even different mothers) and have various temperaments and personalities, these 12 girls dote on their older teenaged brother. However, in RePure, all of the siblings live apart, which forces the (unnamed) brother to share his time with all of the sisters, from the elementary school-aged Hinako to the high school-aged Sakuya, who sees herself tied together to her brother by “the red string of fate.”

The tomboy Mamoru just wants to catch up to her brother and be his physical equal and sporting companion, while Shirayuki dreams of an unlikely marriage, and Chikage uses magic in an attempt to seduce him. By turns funny, heartwarming and bittersweet, RePure focuses on the sibling interactions, but also spotlights an individual sister in each episode, exploring her psyche and relationship to her big brother.

In the end, though, this gentle, romantic-tinged comedy culminates with a Christmas episode that brings together the baker’s dozen of a family as they realize what makes them a family.