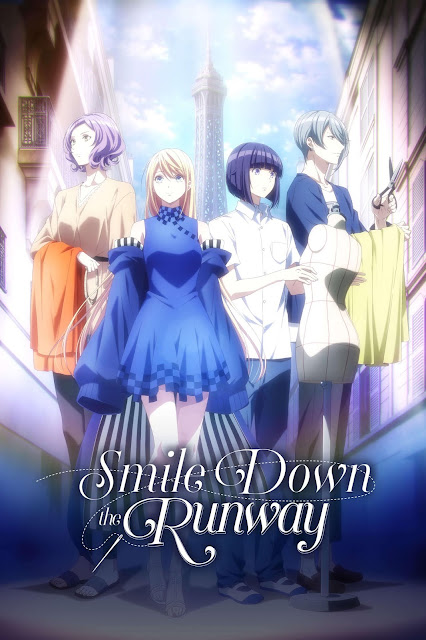 Smile Down the Runway

Being the daughter of a modeling agency owner, Chiyuki Fujito aspires to represent her father’s agency in the prestigious Paris Fashion Week, shining under the spotlight as a runway model. However, although she is equipped with great looks and talent, she unfortunately lacks a key element in becoming a successful model—height. Stuck at 158 cm even after entering high school, her childhood dream seems out of reach.

Meanwhile, Ikuto Tsumura is a high school student with a knack in designing clothes; however, without the resources to pursue the necessary education, his ambition of becoming a fashion designer remains a mere dream. But as fate brings Chiyuki and Ikuto together, the dim hopes within their hearts are ignited once again. Together, the two promise to rebel against convention and carve out their own paths in the fashion world.